Today’s bus problems put one in mind of one of Ireland’s great pioneers in the field of transport, Charles Bianconi, the Italian who came to Ireland as a poor print-seller and ended up as a highly successful businessman and respected citizen. Here is one of his cars.

Interesting exhibition on at the Royal Hibernian Academy at the moment. Tales from a Green Post Box by Jane Locke takes a new look at these fascinating but often overlooked items of utilitarian street furniture.

It’s St. Patrick’s Day again and time to be thinking of the little three-leaved plant. Sending shamrock by way of the Post Office was once a big thing and extra staff had to be put on to cope with what was called “Shamrock pressure”.

Here, however, is an internal  Post Office notice from a century ago which suggests that business will be down in 1917. The reason, of course, was the ongoing First World War when thoughts, unfortunately, were turned to recycling razor blades for weapons rather than sending shamrock as a sign of peace and rejoicing. 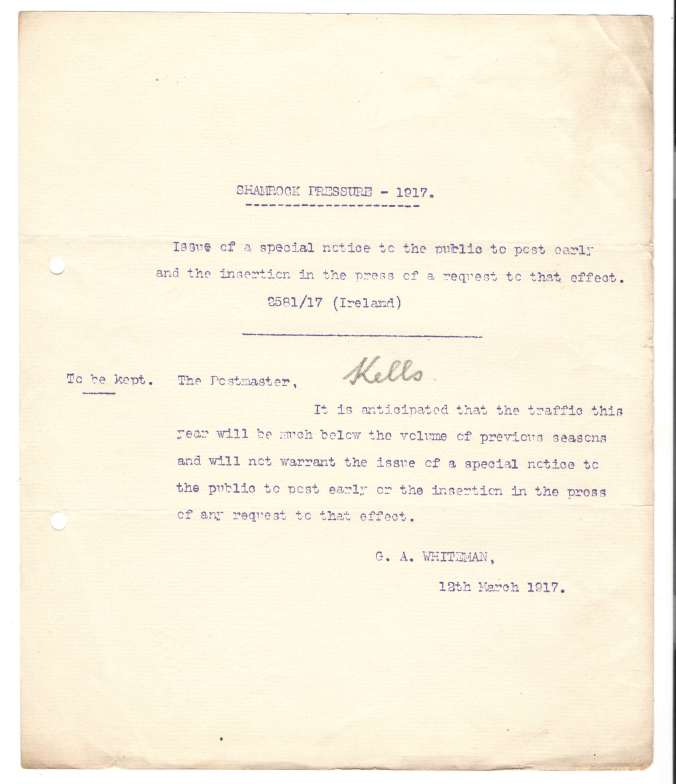