In the present difficult times, it is well to remember we have been through great diseases and epidemics before. Here is a Post Office enamel notice from our Museum & Archive collection that brings to mind the great fear that TB held for an earlier generation.

The idea of a post card, one side of which could be used for the address and stamp and the other for a short message, originated 150 years ago with the first plain post cards going on sale in post offices throughout the Austro-Hungarian Empire on 1st October 1869. The picture postcard was a natural development of the plain one and from the 1880s it became common in continental Europe. Holiday cards from the seaside remained popular in the 1920s and 30s and in John Hinde the Irish tourist industry found in the 1960s a man who had a genius for portraying a land where the sky was always blue, the people innocent and the scenery stunning. Today technology, for better or worse, has rendered largely obsolete a form of written communication that was once so dominant.

The hobby of postcard collecting, however, is still alive and people turn now to the cards of yesterday for understanding of a vanished world. Above all, we find in the postcard proof of the vital role played by the Post Office in bringing people together and evidence of our own unchanging need, as human beings, to communicate with each other.

A few cards from the An Post Museum & Archive are currently on display beside the cafe in the Witness History visitor center in Dublin’s GPO, including this one from Patrick Pearse to his brother William. Written in Irish, the address caused some confusion amongst postal staff in 1915, hence the two postmarks.

The idea of sending special cards to mark Ireland’s saint’s day goes back to the nineteenth century and by the early twentieth century there were many commercial firms involved in their production, both in Britain and Ireland and in the United States. Much of the now traditional imagery associated with Ireland and the Irish dates from that time.

Happy Christmas  and “respectful compliments” from all at the An Post Museum & Archive. 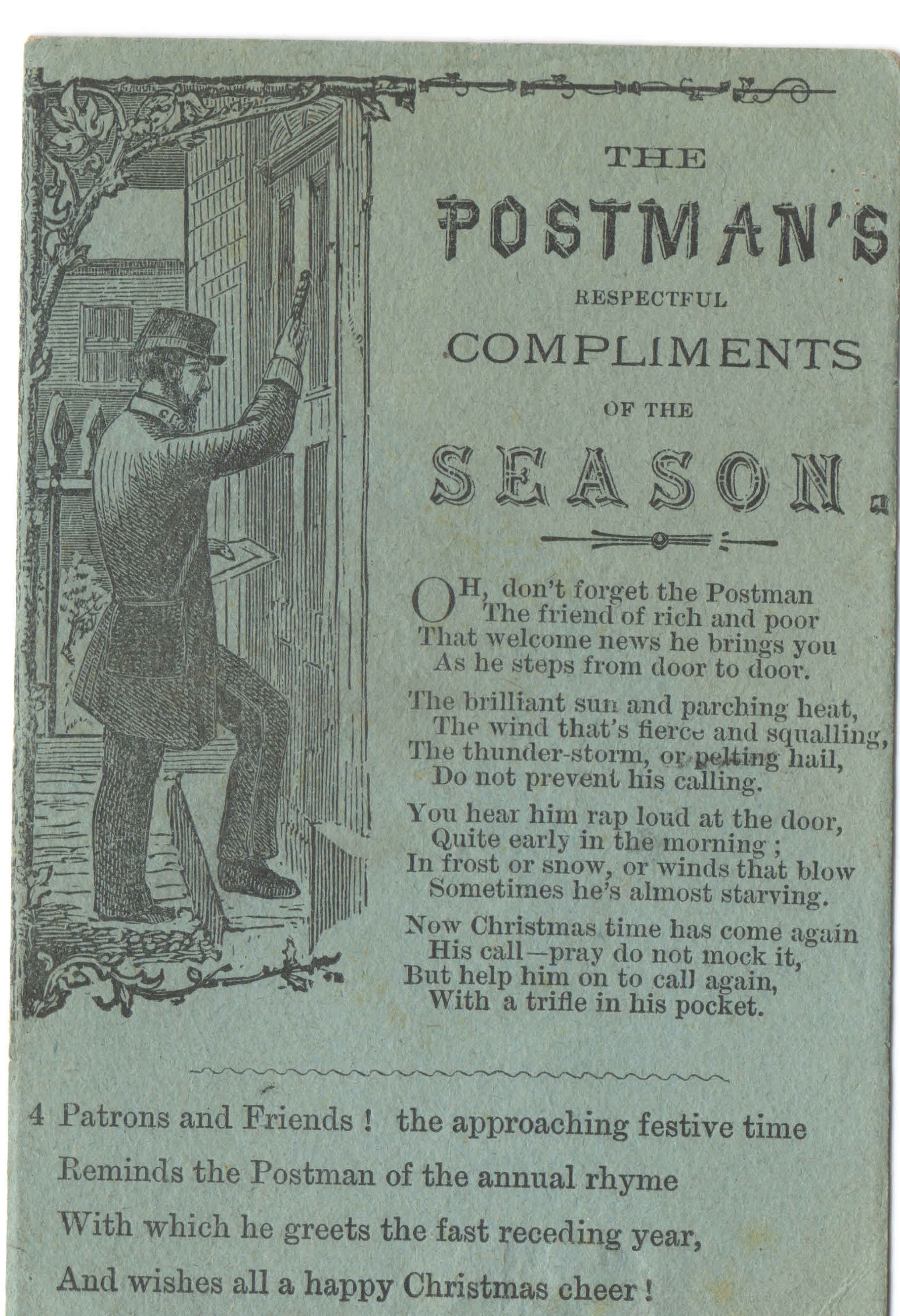 Delighted to be co-operating with the wonderful North Mayo Heritage Centre on this exhibition which was opened on Saturday last. A great collection of fascinating artifacts on display, wonderful stories to explore and a lovely café for coffee and a bite to eat! 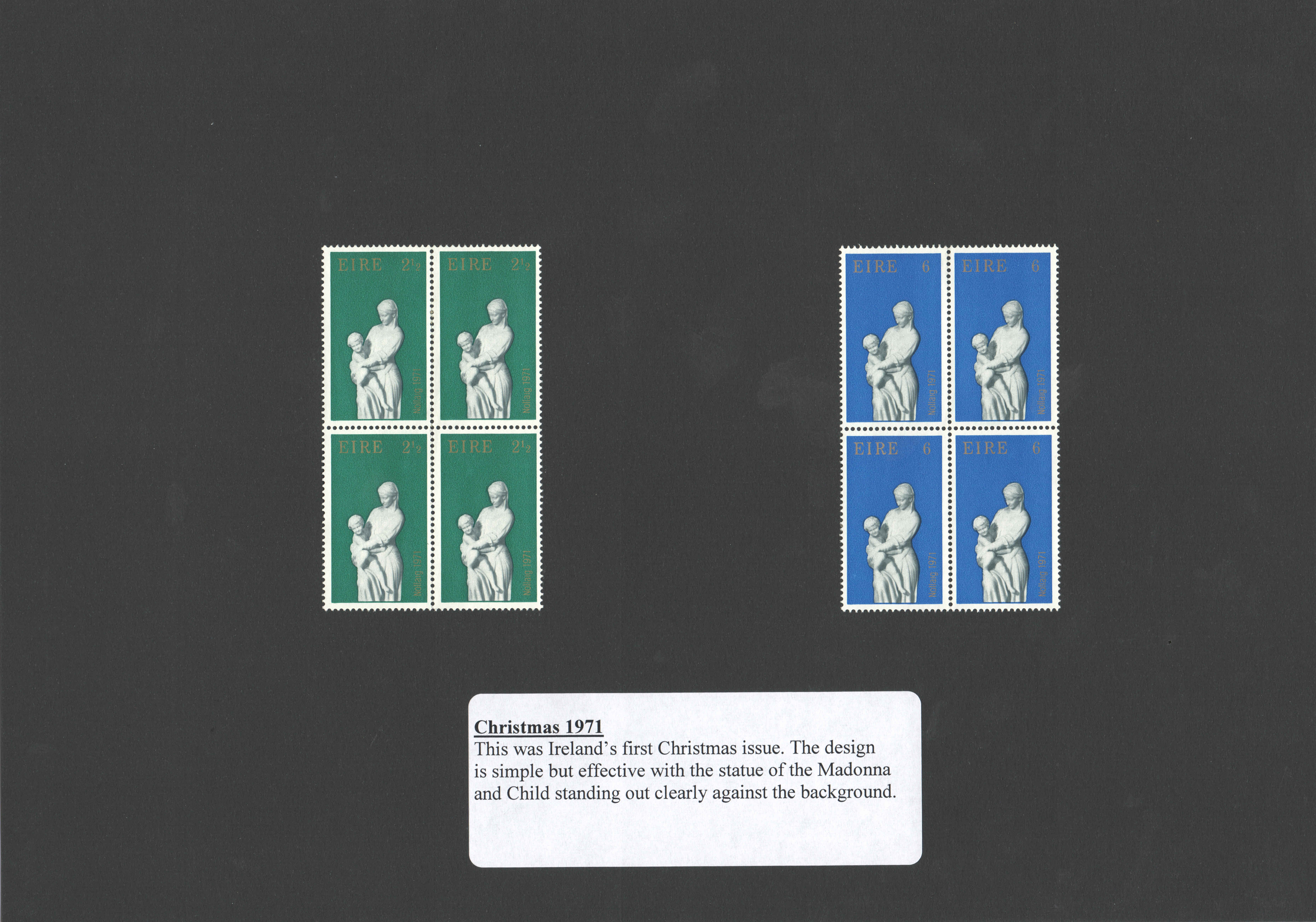 Now that’s it’s the 1st December, I suppose some discussion of Christmas is allowed! The Department of Posts & Telegraphs issued the country’s first special stamps for Christmas in 1971. Based on a design featuring a statue of the Madonna and Child in Lougrea cathedral, county Galway,  they can be judged successful I think.

Until quite recently An Post managed the Irish National Lottery for which it received payment from the Government. The Company was also part owner. Its extensive network of post offices allowed it to sell lottery tickets economically and conveniently throughout the country. The Lottery is now run by another business.

Post Office involvement in gambling was somewhat at odds with its traditional role as a prudent home for your money and the advocate of a savings habit to be inculcated from an early age with six penny savings stamps! Lotteries were not new of course when An Post became involved in the mid-1980s as this 1777 ticket, from the Museum & Archive, demonstrates. The object here was the building of the new Royal Exchange, now the City Hall.

The Travelling Post Office or TPO, as it was known within the Post Office, was a vital part of postal infrastructure in Ireland from 1855 until the last ones were taken out of service in 1994. Clerks would sort letters en route so that they would be ready, close to delivery order, by the time the train arrived at its destination. Bags of mail, moreover, would be taken on and offloaded by means of a special net and pole apparatus at points on the journey without the train having to stop. The system was remarkably efficient and the men who worked on the TPOs were experts in their knowledge of the postal system and Irish geography.

Having been in storage for many years, the last of our TPO carriages was moved last weekend to Downpatrick’s railway museum where it will be on loan from the Post Office to form, in due course, part of a display in the Downpatrick & County Down Railway’s exhibition. The ties between the Post Office and the railways in Ireland have been very strong over the last 150 years or so and it is nice to find an appreciative and fitting home for the last of these purpose-built Post Office carriages.

It is 99 years ago today since the mail boat, RMS Leinster, was sunk in the Irish Sea just a couple of weeks before the end of the Great War. More than 500 people lost their lives that day including 21 of the 22 Post Office staff on board making it one of the worst of Irish maritime disasters. The German U Boat which sank the ship was itself lost when it struck a mine on its way home and so further lives were lost.

Events in Ireland, as it moved towards independence, and a reluctance at official levels to dwell too much on the disaster after the end of the war meant that it was overlooked for many years but in recent times the tragedy has been remembered and the lives of those who died commemorated. 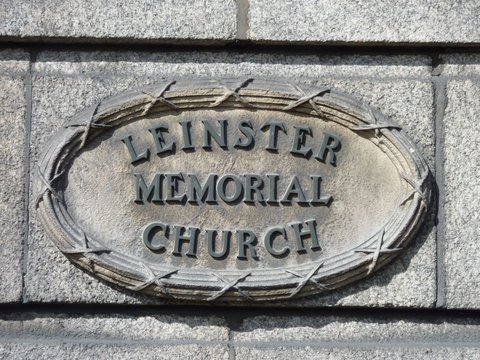 The latest stamp issue from the Irish Post Office shows it is doing its best to be edgy and contemporary in its approach. The new booklet and associated stamps are striking and the booklet provides an interesting insight into the development of street art over the last twenty years or so from an expression of political protect to an art form in its own right. Admirers of the genre will be pleased to see this new addition to some of the excellent art stamps issued by the Post Office since its first foray into contemporary art  back in 1969 – remember the large format Evie Hone Eton Chapel window? 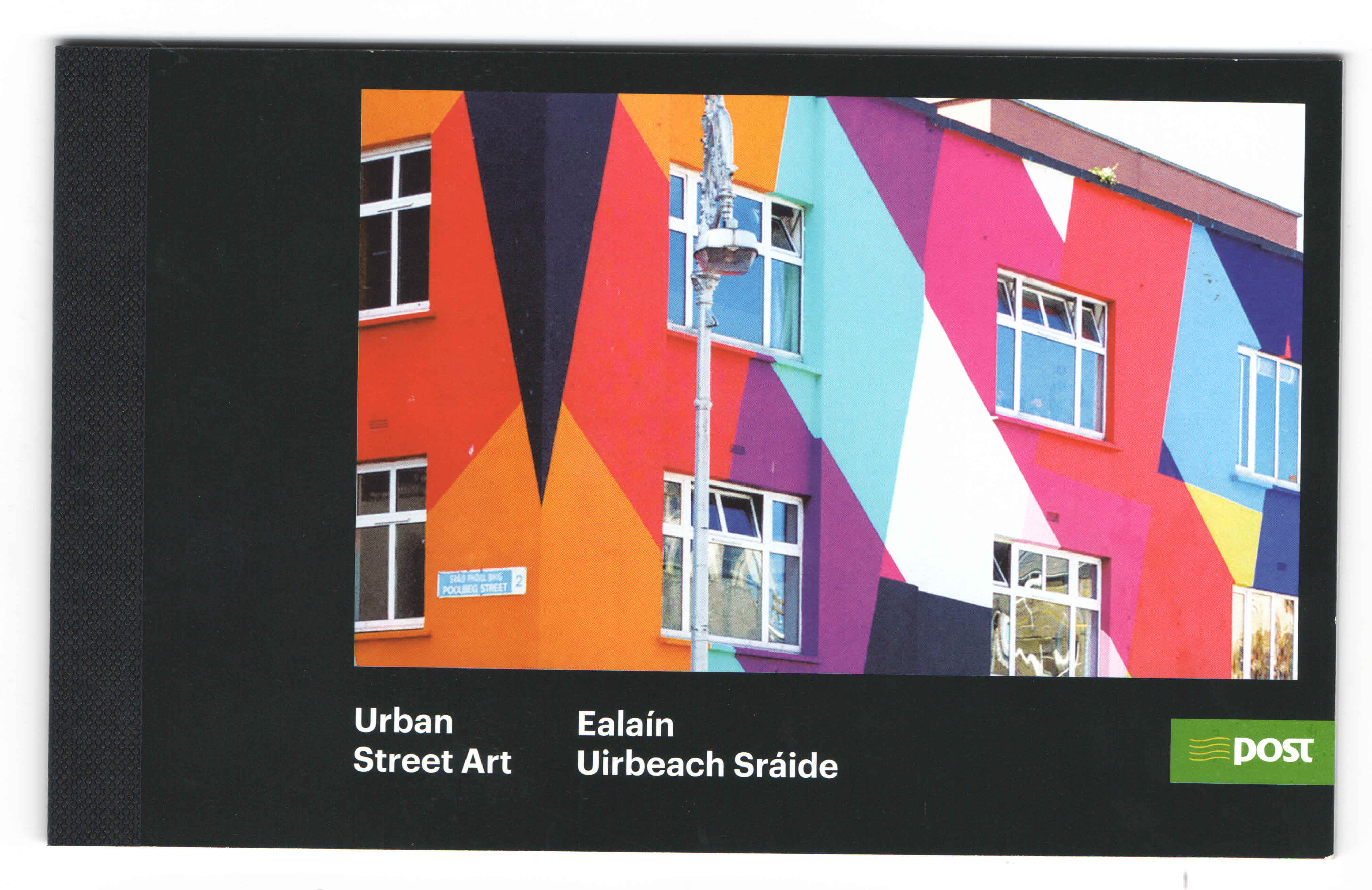